Judo was first introduced to the Summer Olympic Games in Tokyo in 1964, and karate is set to have its’ Olympic debut at the Tokyo 2020 Games. Both judo and karate are forms of Budo sport, meaning “martial way” , which stem from the method of personal development through the study of traditions and techniques in the arts of war of the samurai. Setagaya Boys School, which is just across the road from BST, has an outstanding reputation for Judo, and they were kind enough to offer to train our Year 10 boys in the basics of Judo.

The Year 10 boys trained under Mochida Haruya-sensei, a world renowned judo-ka, whose life work has been the teaching of judo and its’ values. Mochida sensei - although now a full-time coach - boasts his own impression competition history as a competitor which includes gold medals at various inter-school competitions and international competitions. Mochida-sensei has also taught Judo to the Tokyo Metropolitan Police Department and has been a coach at Setagaya Gakuen since 1992, as well as Chief Director of the Kodo Gakusa since 2008. Famous athletes who have trained under Mochida sensei’s guidance have been: 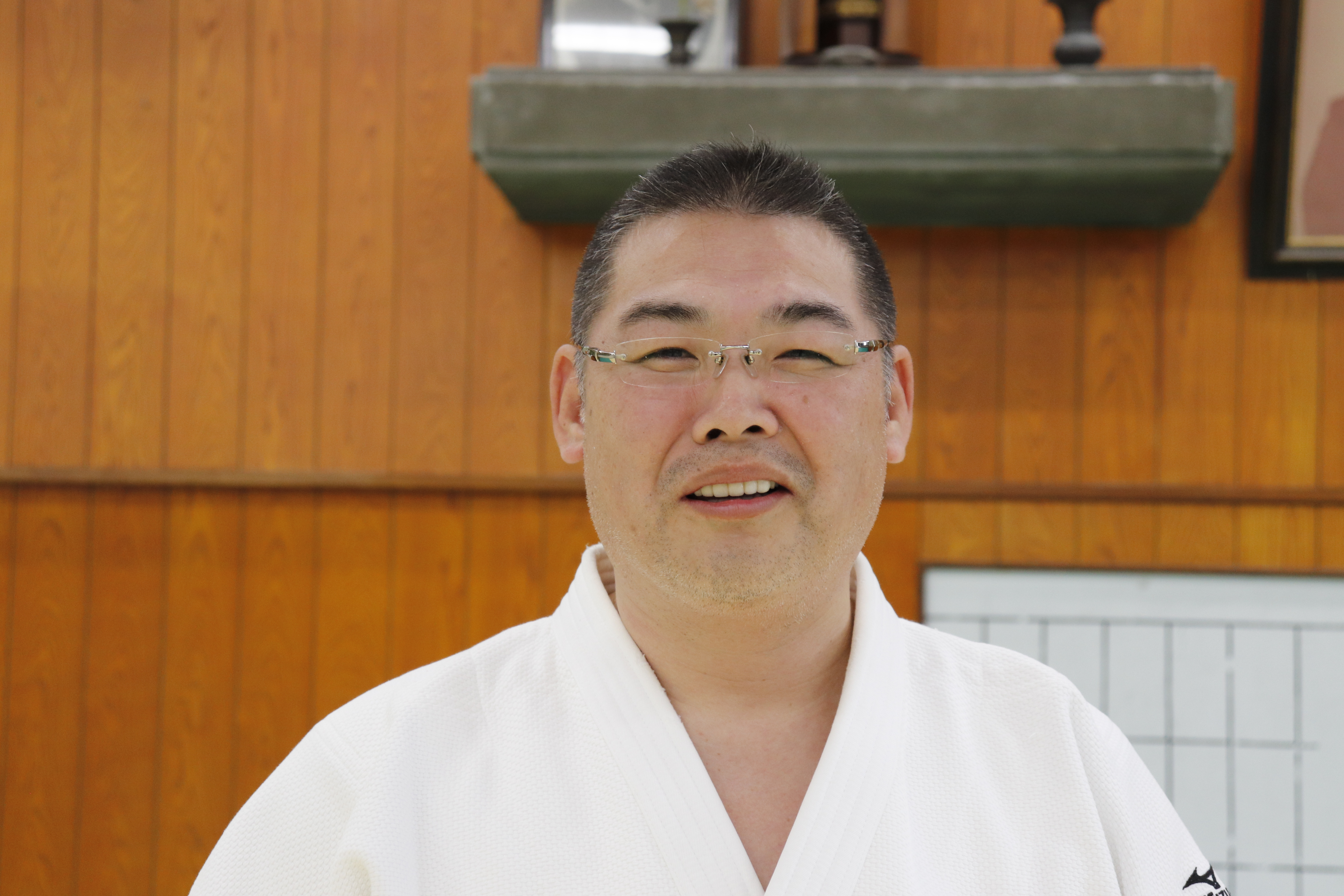 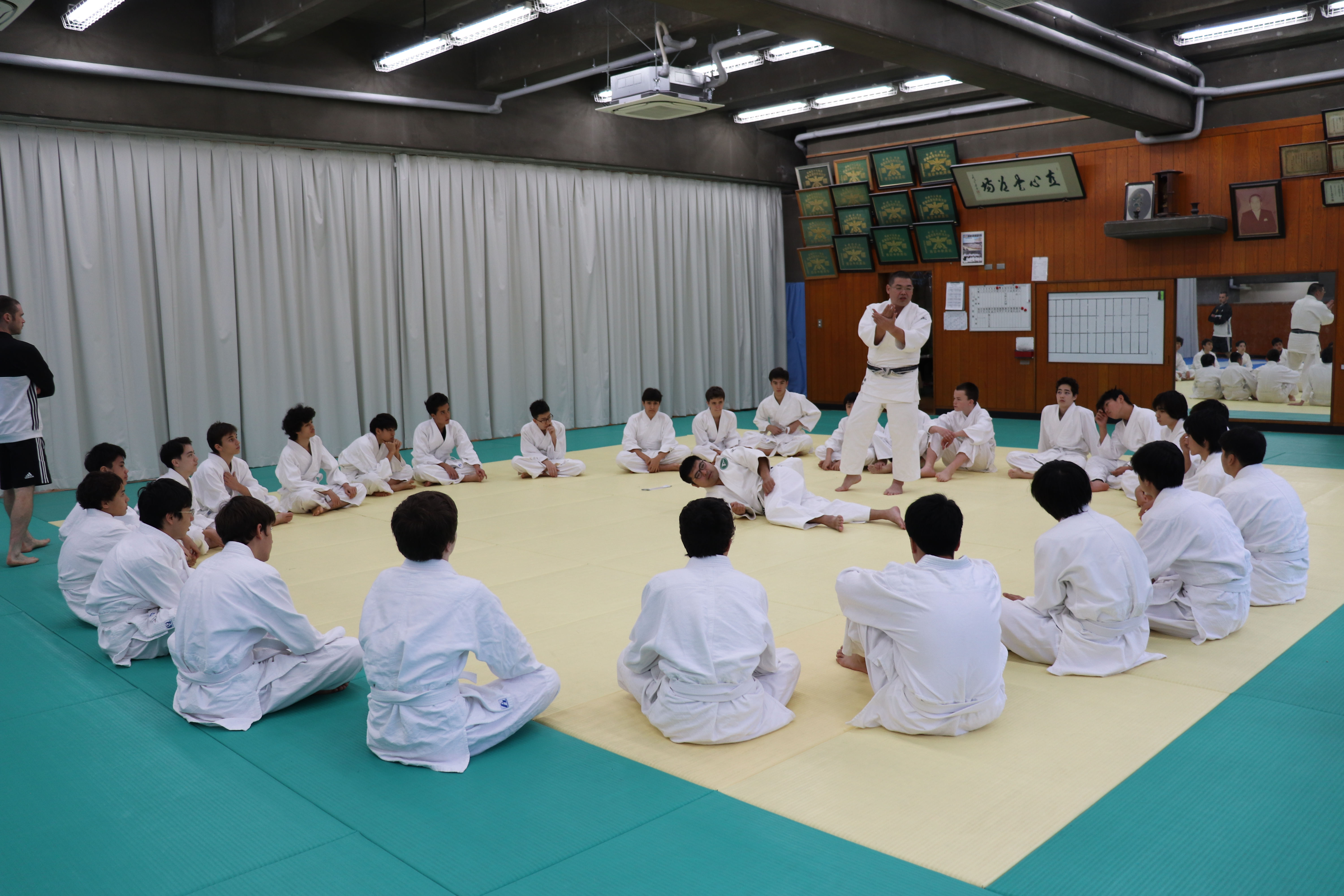 A New Method of Training

The first week saw our boys making their way across the street to Setagaya Gakuen with their newly acquired judogi (uniform) and belt safely in their bags. As most of the boys had never worn a judogi before, or participated in any form of martial arts, the first lesson of day one was how to enter the dojo (training space) by bowing, and then the correct way to fasten their judogi and belt (left side wrapping over right side and correct belt knot). Mochida-sensei explained the historical important of the white judogi, which represented the purity of spirit of the samurai who were preparing to enter battle. Mochida-sensei then stressed the importance of protecting the head and neck at all times when practicing Judo, in order to prevent injury and accidents. The first drill involved rolling techniques that required the boys to roll forwards and backwards with different variations, including landing legs astride, the beginning of the hand stand position and cartwheels. This progressed to learning how to break-fall, also known as Ukemi in judo. The main points of the break-fall technique was to keep the head in a position that allowed them to look at the knot of their belt (protecting the back of the head from making contact with the mat), while at the same time using straight arms in a 45 degree position, palms facing downward to break the impact of their fall. Throughout each week’s practice, the students were taught how to better control their body in preparation for applying this when being thrown. Constant cues such as ‘Obi ni Mite!’ (look at your belt), ‘atama mamotte!’ (protect your head) and ‘Ude yon jyu go do’ (arms 45 degrees) were reiterated by Mochida sensei to remind the students to protect their head and neck at all times. Once students had become confident in understanding and performing these protection drills, the real fun began with learning how to throw an opponent. The nage-waza throw was broken down into 3 simple steps: 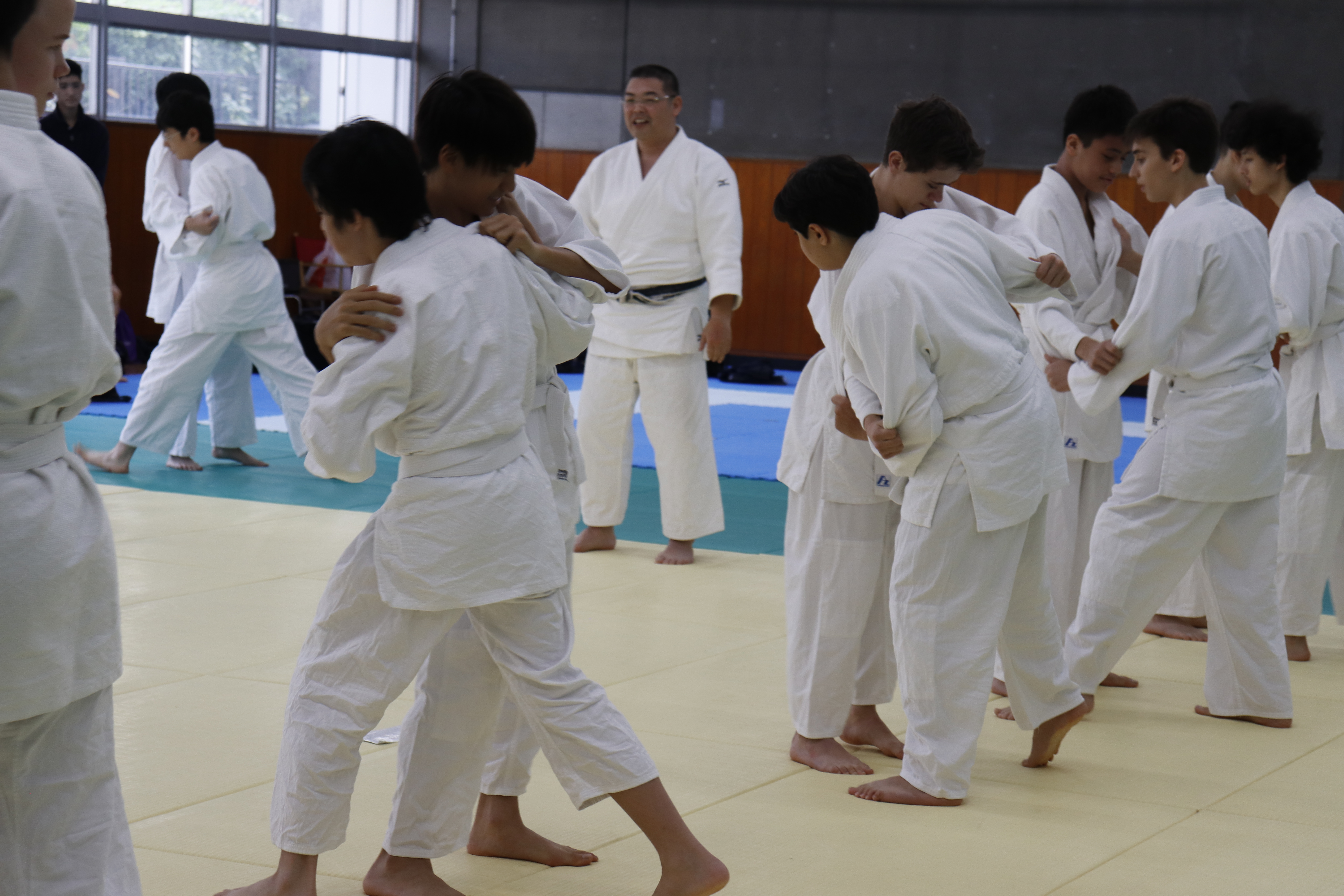 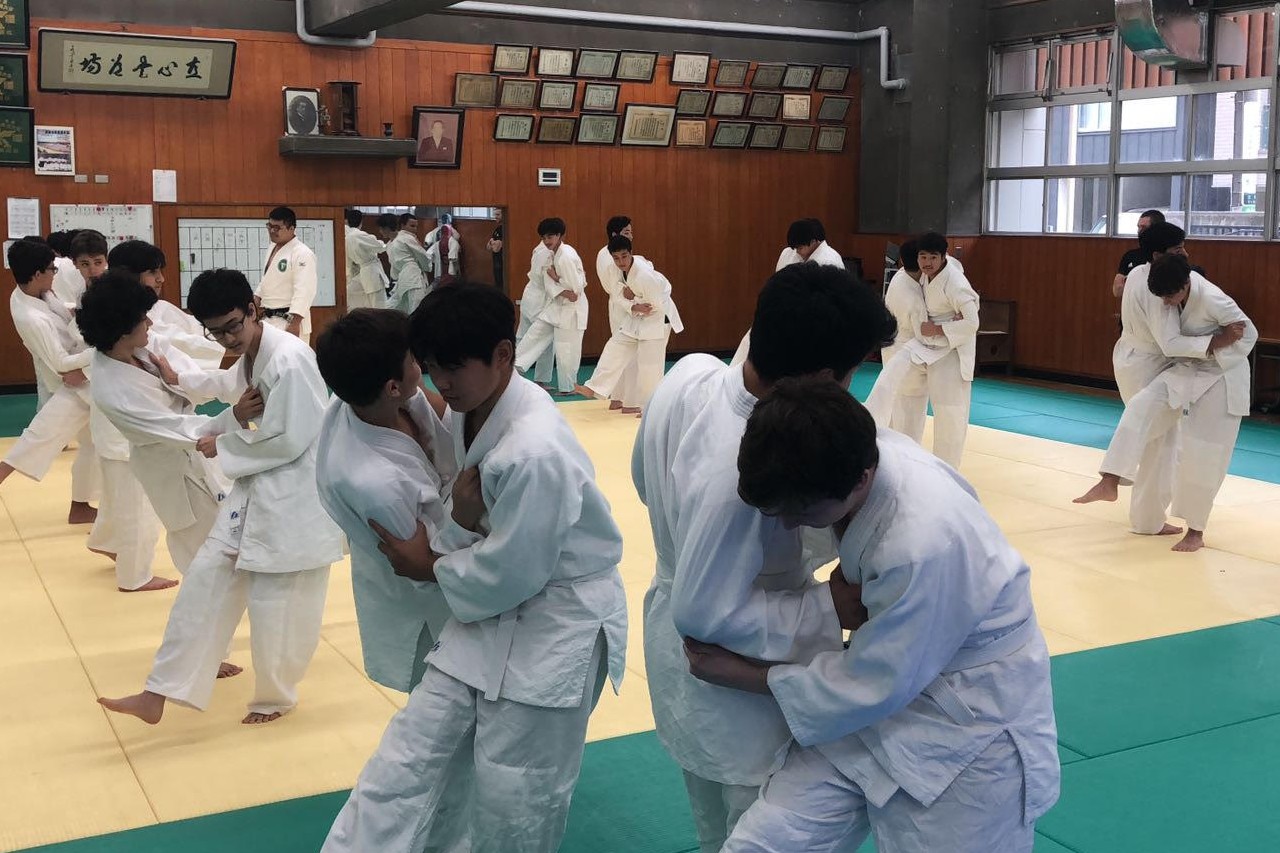 The next few sessions with Mochida-sensei challenged students to participate in 30 second sparring matches. The rules were simple: you have 30 seconds to get your partner to the mat. In keeping with respect of one’s partner in the dojo, each sparring match was started and ended with a bow.

Our Year 10 boys were extremely fortunate to have been given the chance to train with Mochida-sensei at Setagaya Gakuen. After 4 weeks of intensive Judo instruction by one of Japan’s best coaches, the boys felt they had learned some valuable skills. For many of our students this was the first time for them to experience Judo and Budo sport in general. As the British School in Japan we felt this was an important lesson for our students to have, one that combines the traditions of Japan with the values of sport. Our sincerest thank you to Mochida-sensei and Setagaya Gakuen for allowing us to visit the school each week, use their facilities and participate in such fantastic sessions. As a very small token of our appreciation and a momento of his time with us, we gifted Mochida-sensei a set of BST tumblers and shield. We aim to make this an annual event between BST and Setagaya Gakuen, and to continue fostering our relationship with them.