"I have really enjoyed myself despite having no experience prior to the sessions. It was fantastic to be able to be with such an enthusiastic and supportive group; we all helped and cheered each other on. It was great to learn thoroughly the correct form with a professional coach, and I will definitely continue to lift in the future." - Hana, Year 13:

"The sessions led by coach Mike were very informative and helped me to understand the key concepts and forms that are necessary in Olympic weightlifting. I particularly enjoyed learning how to perfect the barbell snatch, as I found this extremely difficult to do alone without any information on the correct technique/positioning. Mike demonstrated the technique very well, which made it possible for me to perform the barbell snatch independently. The sessions were enjoyable and very informative." - Sean, Year 13

"I enjoyed participating the Olympic weightlifting program as we were taught new skills every lesson, developing them each week. It was interesting to learn the correct form and training routines that athletes use to improve in other sports." - Harvey, Year 11 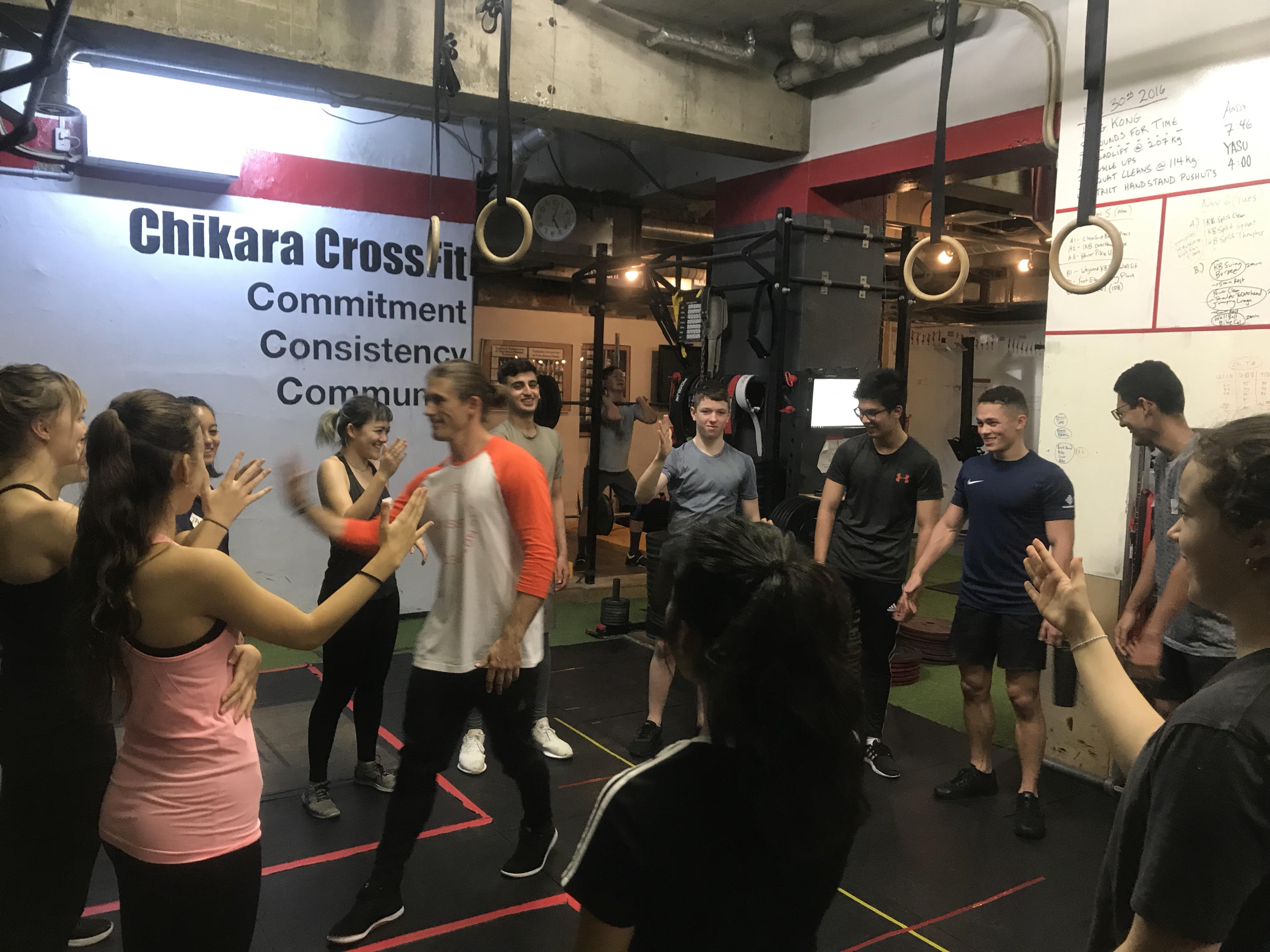 The 19:20 Project launched the very first Olympic lifting sessions for our older students over a 3 week introductory course. Although an Olympic sport in itself, movements like the snatch, clean and the “big three” power lifts (deadlift, squat, bench press) have long since proven to form the basis of strength training for athletes across all sport. It is widely accepted that proficiency in these movements translates to greater athleticism, all round strength and power in other sports. 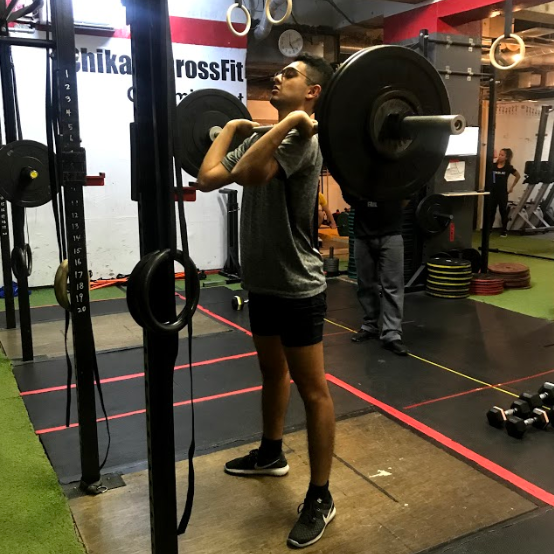 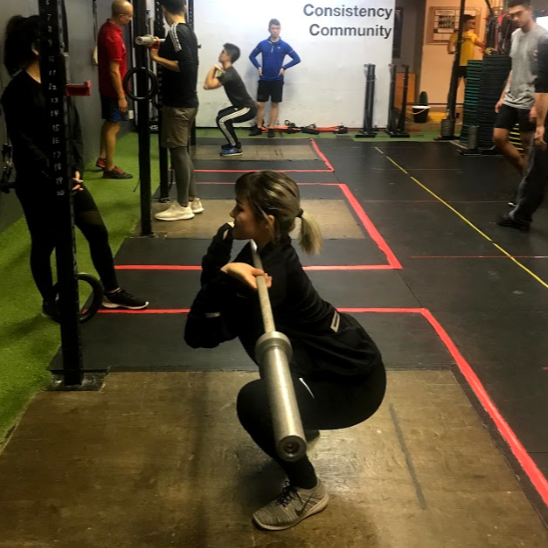 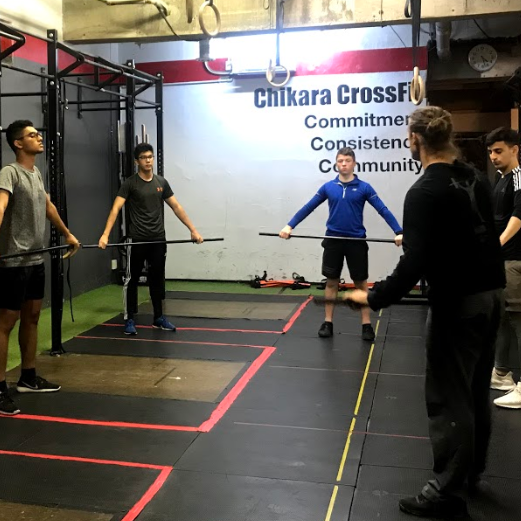 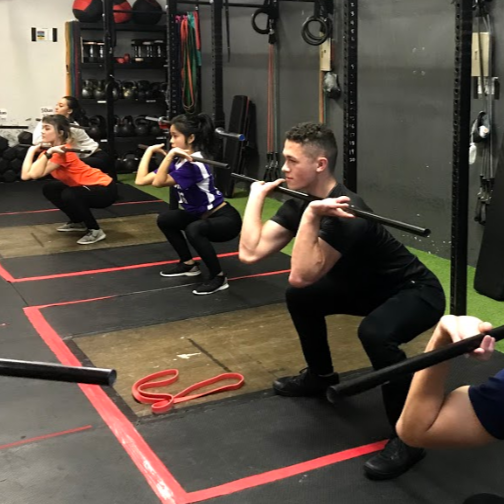 The deadlift is renowned as one of the few exercises that work nearly every major muscle group in the body. It also has the benefit of being a functional movement, meaning that it mimics actions and body functions that we as humans use in everyday life e.g. picking something up off the floor. Furthermore, it develops the posterior chain like no other exercise; involving the glutes, hamstrings, adductor magnus and lumbar erectors.These muscles combine to form the most important and most frequently relied upon area in any high performance athlete. The deadlift naturally strengthens the lower back, which decreases the risk of poor posture and thereby reducing the risk of injury. Students first learned the proper mechanics of the deadlift using a pvc pipe to practice. The key points were:

Once all these points could be performed by the students to a moderate level, they were encouraged to slowly work up to heavier weights. 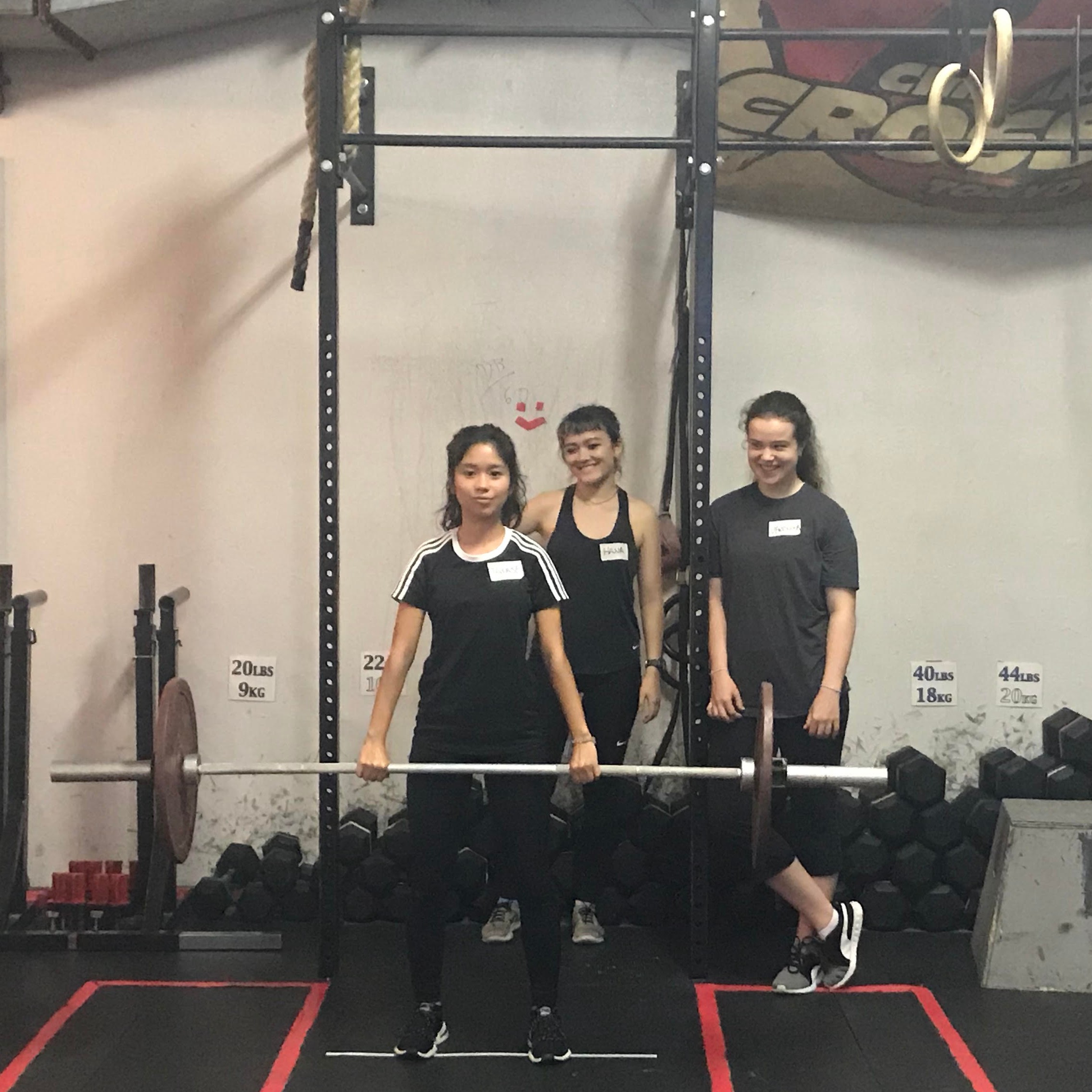 Week 2 began by practicing the basic movements of the snatch, once again with a pvc pipe so as to ensure the students could master correct technique. The drill included keeping in mind the main points of the snatch set-up:

And then moving on to the points of performance for the snatch:

In the 3rd and final week students progessed on to the front squat and the clean. The landing position for the clean is the same as a front squat, and so it was important for students to master the front rack position, with elbows high, back straight and knees outside. “Elbows high!” was a constant cue, so that students didn’t give in to the urge to drop their elbows. If this happens, the distribution of weight on their wrists would either pull them off balance, or cause an injury to the wrist. Although we had aimed to work on the ‘jerk’ part of the clean, it was deemed that the students should begin by strengthening their close grip bench press, which mimics the jerk in both muscle groups and technique. As a final workout to the course, students were given the opportunity to work up to a heavy close grip bench press with some surprising results!