The school employs approximately 114 teachers, 54 educational assistants, and 41 non-teaching staff. All teachers have university degrees and a teaching qualification. 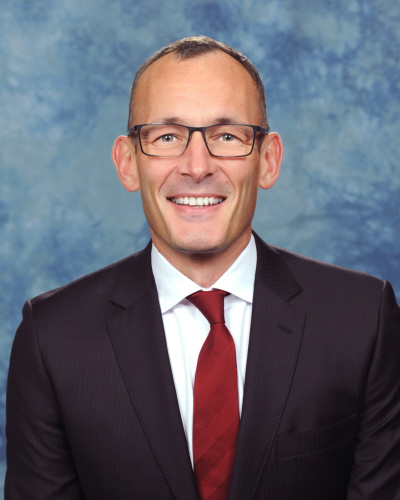 Paul is originally from South Wales in the UK and is a first language Welsh speaker. At university, Paul studied the Humanities and has a Master of Arts degree from Cardiff University and a Post Graduate Certificate in Education from Swansea University. Paul has worked in international school education since 1999 and has over fifteen years of senior leadership experience derived from three international schools in Hong Kong – Island School, West Island School (WIS) and Discovery Bay International School (DBIS). Paul was Deputy Head at WIS for eight years and most recently Head of School at DBIS for five years. Paul is committed to inclusion in education and ensuring that all students are challenged and supported in their learning. In addition to his passion for history and politics, he enjoys long-distance running, rugby and football.

David grew up in West Wales and studied History at Cardiff University. Following this he completed his Post Graduate Certificate in Education at University of Wales Institute Cardiff. He also has a Masters in Educational Leadership & Management from Bath University. David began his teaching career in London before moving overseas to teach internationally in Japan and Malaysia. Passionate about learning, partnerships and service, David has held a variety of senior leadership roles in the UK and internationally, most recently as Director of Professional Learning (Whole School Deputy Head) at Garden International School, Malaysia. David recently moved to Tokyo with his wife and son. They brought with them their dog, Seren, and David can often be seen walking him in one of Tokyo’s many parks.

Caroline graduated from Liverpool University with a B.Des(Hons) and completed her PGCE at Brighton University. Last year she completed her Masters Degree in Leadership with a focus on Teaching and Learning. She spent her early career working in schools in the south of the UK teaching Art before relocating to Scotland. Her previous position was Deputy Head at Gordonstoun, a boarding school on the north east coast of Scotland, where she was also a volunteer for HM Coastguards. Caroline is passionate about holistic teaching and learning, cognitive psychology and professional development in education. She has been in Tokyo for two years living with her husband Dave, and has two sons; her eldest son graduated from Glasgow this year with a first in Computer Science and her youngest is studying pharmacology, having graduated from BST in 2020, both live in Glasgow in Scotland. Caroline's interests outside school include drawing, quizzes, walking and gardening.

Eleanor has 20 years’ experience in education which includes teaching experiences in schools within the UK, New Zealand and most recently in Hong Kong. Eleanor undertook a BA in Media Management from Trinity and All Saints College in Leeds, followed by a Primary Certificate of Education from St. Martin’s College, Lancaster University. Recently, Eleanor has completed an MA in Early Childhood Education from The University of Sheffield. Previously the Head of an infant school in Hong Kong, Eleanor strongly believes in every child being capable and competent learners and having the opportunities to demonstrate this in their own unique ways. Her own interests include hockey, swimming and lots of outdoor adventures with her three young boys. 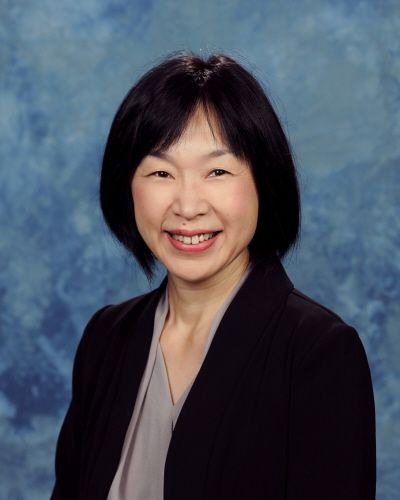 Noriko has a BA in Law from the University of Tokyo and an MBA from Temple University. Her career background is mainly the manufacturing industry and the real estate industry. She has previously worked at JFE Holdings, Molex, Imerys and Unizo Holdings, mainly in Finance and Business Management fields. Before joining BST in 2020, she was a board director of Unizo Holdings. She is married and has a son and a Norfolk terrier.

Ben is originally from the UK and studied History at Middlesex University. He has a Master of Science degree from Leicester University in Educational Leadership. Having taught in London, Auckland, Hong Kong, and now in Tokyo, Ben places great importance on ensuring school communities are internationally minded. Ben has worked in International school education since 2006 and has senior leadership experience from schools in both New Zealand and Hong Kong. Ben was most recently Whole School Deputy Head at Discovery Bay International School (DBIS). Ben is committed to inclusive, holistic education that provides meaningful experiences for all students. In addition to spending time with his wife and three sons, he enjoys running, mountain biking, skiing and football.

Duncan received a BSc (Hons) in PE and Sports Science at Loughborough University, before gaining his PGCE from the University of Bath.  Having spent his early teaching career in Nottingham, he then moved to the British School Muscat, in Oman, where he spent three years as Director of Sport and seven years as Deputy Headteacher.  Duncan is passionate about sport’s capacity to motivate, energise and bring people together and, as such, enjoys participating in a wide variety of physical activities, including rugby and long distance running.  Duncan has recently moved to Tokyo with his wife Lisa and their two young children. 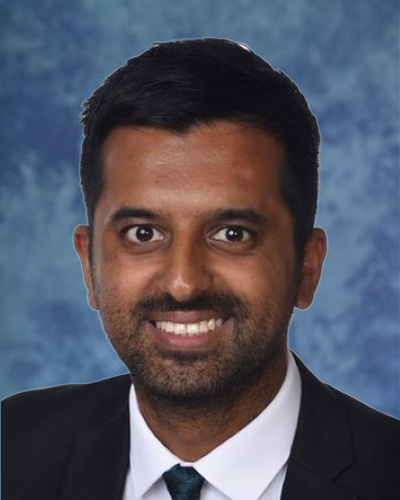 Omar is originally from Bradford in the UK. He graduated with a BA (Hons) in Economics from university in Nottingham and has just completed his Masters in Educational Leadership with a focus on Teaching and Learning and CPD. He spent the first six years of his teaching career in Nottingham in two different schools teaching and leading Economics and Business Studies. He held the position of Assistant Head with responsibility for Academics before he moved to Dubai English Speaking College, where he spent five years as Director of Professional Development and Teacher Training across the Primary and Secondary schools. Omar is passionate about evidence-informed practice and providing the highest standard of holistic education which is inclusive for all students. Omar is a keen long-distance runner and footballer, aside from this, has interests in geopolitics, music and travelling.

Originally from Lancashire in the UK, Nicola studied for a BA (Honours) degree in English and Primary Education at St Martin’s College, Lancaster. Nicola taught throughout Primary for 11 years in the UK, as well as being Head of Early Years at a school in Lancashire. After moving to an international setting in Hong Kong, Nicola took on the role of Assistant Head and worked with children and colleagues across Early Years and Lower Primary. She is passionate about a child centred, experiential approach to education and promotes learning environments that inspire creativity and curiosity. Nicola is here with her husband and two children, who will both be attending BST.

Hannah is from Hampshire in the UK. She studied for a BSc in Politics at Southampton University shortly followed by a PGCE in Primary Education. Hannah began her teaching career in the South of England, with responsibilities for leading Science, PSHE and Wellbeing as well as being a KS2 senior leader. After moving to Tokyo, Hannah has been a Head of Year at both campuses and Head of Primary English, responsible curriculum development across the subject. Hannah believes in the importance of wellbeing as the cornerstone of learning and is passionate about developing a child led, holistic curriculum which draws upon best practice used globally. Hannah has an interest in British politics, music and film as well as being a keen reader. She is here with her husband and baby daughter.